Pumping, potions and pills – from low supply and self doubt to a beautiful breastfeeding bond 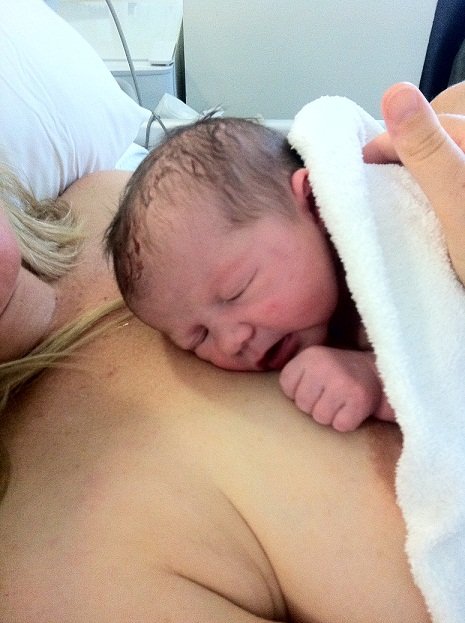 It never occurred to me that breastfeeding might be a problem for me.  I was healthy, I had fairly ‘normal’ sized boobs (if maybe on the small side), ‘normal’ looking nipples a ‘normal’ healthy pregnancy and a bucket load of breastfeeding information in my head.  I was ‘normal’ and I was prepared.  There was no good reason why I might struggle with breastfeeding.  I had breast pads for my leaking boobs, a breast pump to express and store all my excess milk ‘for a rainy day’ and all the best creams, lotions and potions for cracked/sore nipples.  I wasn’t expecting it to be easy straight away but I was pretty blindly confident in my body’s ability to provide for my child.

When my beautiful baby Rosie was born she was adorable !  She had the cutest little chubby cheeks and little red ruby lips.  She latched on for her first feed with no effort at all and within hours I felt like the picture-perfect mother.  My beautiful baby loved to breastfeed and I popped her on the boob every chance I got.  It was the best feeling in the world.  Fast forward three days…My baby was starving, she would cry and feed and cry and feed.  It seemed I just didn’t have enough milk.  She had lost over ten precent of her body weight and was actually starting to look quite skinny. The midwives were fantastic; they reassured me my milk would ‘come-in’ soon.  I went home armed with a regime of feeding, expressing, bottle top-ups, domperidone tablets and some terrible tasting lactation herbs.  I was optimistic; my milk would ‘come-in’ it was just running a little late.  After two weeks my local child health nurse (who was also a lactation consultant and a good friend of mine) congratulated me on my efforts but unfortunately my baby still wasn’t really gaining much weight.  After much persuasion a decision was made to give my baby ‘a little’ formula just until I had enough milk for her to grow normally. The first time I gave Rosie formula was a very dark day for me and to be honest quite a few dark days followed.  I experienced the worst kind of breast-envy and would size people up trying guess how much milk they might be able to produce.  Watching my mum’s group breastfeeding made me feel very jealous and I would stare at their babies hungrily guzzling down milk and feel ashamed of my inadequacy as a mother and as a woman.  I would pop my baby on the breast too and then would give her the formula top-up in secret when we got back to the car.

My milk never really did ‘come-in’.  I continued my regime of feeding and pumping, potions and pills and very, very slowly I started producing more milk.  From initially only being able to express 5mls of milk, after three months this had increased to 50mls and at four months I could sometimes express 70mls.   I didn’t even feel a ‘let-down’ until Rosie was nearly four months old.  It was like my breast tissue didn’t get the memo when I was pregnant that it might be needed and now it was slowly, slowly trying to catch up.  By continuing to breastfeed I was actually teaching my breasts what they were meant to do (well that’s what I reckon anyway).  I never did get to the point where Rosie was totally breastfed but now I know that’s okay.  I didn’t ‘fail’ at breastfeeding.  I was a success !  So what if my baby also needed formula ?  All the goodness she needed was coming from me and for that I can feel very proud of myself.  Despite our troubles, Rosie and I have been a great breastfeeding team; we have fed though mastitis, blocked ducts, long nights, runny noses, fevers, sharp little teeth and the first bumps and bruises of walking.  Rosie is now nearly 15 months old and we are still going strong.  Despite all my effort, tears and desperation in the beginning, Rosie has always enthusiastically breastfed and has never refused an offered breast.  Feeding time has always been a special time we share together and the memories of feeding Rosie I’m certain will stay in my heart forever.  Rosie is showing no signs of giving up and neither am I !

Fiona Briggs and her daughter Rosie live in Hobart, Tasmania

Second time round – I really am a breastfeeding mum!