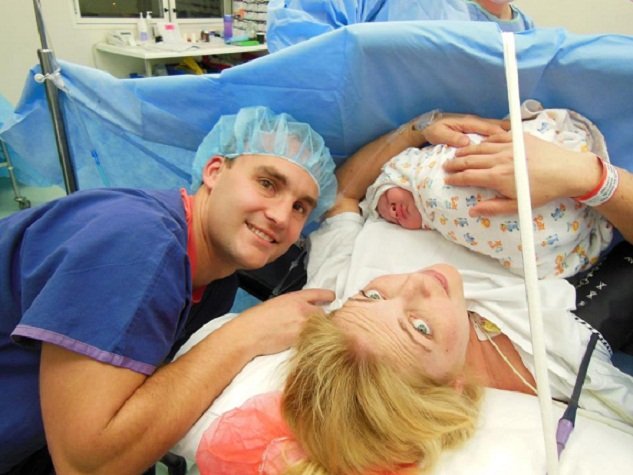 My son is now 5 months old, looking back I can not believe how quickly the time has gone by. When we were attending the pre natal classes for labour, breast feeding, etc, it did not even cross my mind I would not be having a natural labour or would have trouble with breast milk supply.

I had a fairly uneventful pregnancy, apart from the morning sickness which I had for most of my pregnancy. Mark and I went to one of our regular obstetrician appointments at 39 weeks and were told that my liver was failing, pregnancy was the cause, and hence whilst our baby was not in danger he needed to be delivered immediately to protect my liver.  A few hours later we met our beautiful baby boy Eli.

Whilst I was recovering pretty slowly from the caesar, having bled a lot post surgery, Eli was a dream. He was great at attaching onto the breast and appeared to be doing everything right. He lost the acceptable amount of weight whilst we were in Hospital, but unfortunately over the next few weeks he was not gaining weight rapidly enough. I have never paid so much attention to grams on scale! I tried everything to be able to keep breast feeding, I was on medically prescribed medications, expressing after every feed, different feeding techniques, natural remedies and boobie bikkies.

Whilst a lot of the suggested solutions to increasing breast milk supply were ineffective or directly conflicting with one another, the boobie bikkies definitely made a positive impact. I noticed a few times when I ran out of boobie bikkies that my milk supply dropped off a bit; I was not able to express as much after each feed and my breasts did not feel as full. Also they were great to eat when I was tired and could not be bothered preparing a well balanced meal. Mark even had a few, although I’m sure he would have eaten more except for his concern they would give him man-boobs.

Even though I was not able to fully breast feed for as long as I planned, the boobie bikkies allowed me to breast feed for three months with formula top ups. I was also able to express and freeze some for the future should I want to use it when he is sick, gets bad skin or any of the many other ailments that breast milk seems to fix. It was a really hard decision to add in formula but he needed more than i was producing. I gave him a good three months and he is a very happy healthy boy.

When I forget enough about morning sickness to get pregnant again, I will start on the boobie bikkes earlier and hope I produce enough milk to solely breast feed.

Thanks Pinky and keep up the good work producing a quality product.

Natalie  Candir is a Melbourne mum of Eli, 5 months old

Marissa’s breastfeeding story – too much milk!

Breastfeeding when your baby is unwell

When Nursing Aversion Strikes – and you can’t stand breastfeeding.