Marissa’s breastfeeding story – too much milk! 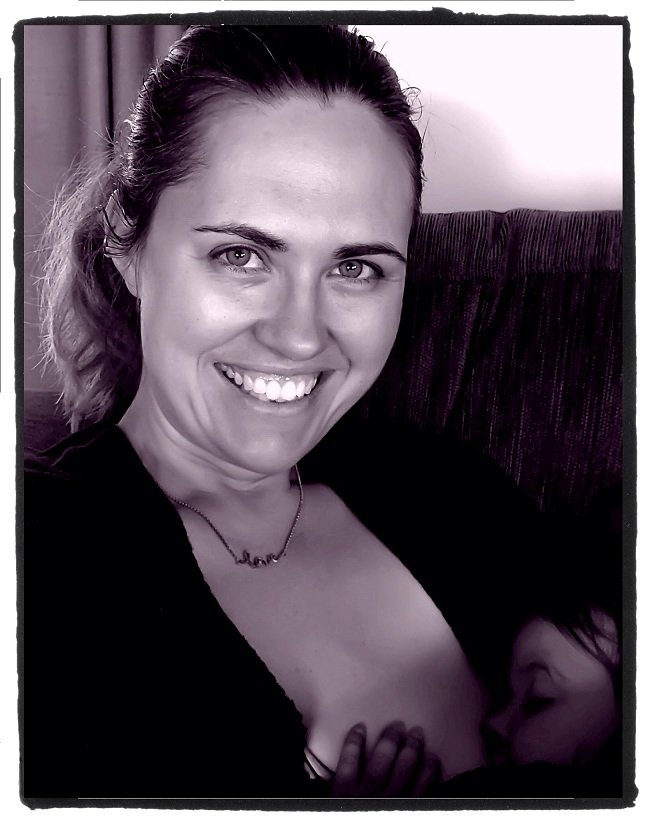 My first baby, Talia was born in 2009. I never considered not breastfeeding her but some minor complications during the delivery meant she spent 3 days in special care and was nil by mouth during that time so I learnt to hand express colostrum. When she was finally able to eat we both had difficulties getting things right.  I remember back to the one night I had her in my care whilst in the hospital, I called the nurse for help attaching by the time she arrived, I was crying, holding my crying baby, standing in a puddle of milk that was pouring onto the floor with a drenched nightie! My daughter’s late start and sleepiness at the breast coupled with my oversupply and engorgement made things really tough and she was feeding every 30-45 mins around the clock. On the second night at home, I decided to hand express a bottle to feed her.  The bottles were cheapies from a game at my baby shower and I have no idea what size the teat was but she drank it hungrily and I naively thought it was because she was starving. The next morning I waited outside the door of the chemist for it to open so I could buy a pump, steriliser, bottles.  When I first began pumping my nipples were so badly damaged that only one milk duct was open, the rest were scabbed over. I always intended to go back to breastfeeding but didn’t have the help I needed so continued expressing.  I did ring the ABA and was given good advice but was too shy to go to a meeting.  Exclusively expressing was hard.  I felt isolated because I couldn’t connect with the breastfeeding mothers who often looked on disapprovingly when I fed my baby a bottle in a babycare room or on an aeroplane and I think I intimidated some formula feeding mothers who felt defensive about their decisions if they knew I’d chosen breastmilk over formula for my babies bottles, I also hated having to duck away to the car or a spare room when at social events so I could pump and have RSI in my wrist from using a manual pump (I didn’t like the top-of the line electronic one I bought to try make my life easier!).  When I attended my first mothers group the nurse to weigh baby asked if she was breast or bottle fed.  I explained our story and the nurse quite rudely replied “You know that is just a slow method of weaning don’t you?”  I felt really sad by this because I was so determined that we would get things right and either way I wanted to feed my baby breastmilk as long as possible, not wean her! Fortunately, my over abundant milk supply kept up and I was able to exclusively express with out the need for formula for 11 months, when pregnant with my 2nd child and my milk dried up. I wonder if that’s what the unhelpful nurse had in mind when she said slow weaning!

For my second child I was more determined than ever to breastfeed successfully, I knew there was no way I’d keep sane if I had to pump again. I met with the hospital LC during my pregnancy, and spoke lots to the midwives. I also attended a breastfeeding class prior to delivering that was run by the hospital LC. Once I gave birth to my 2nd daughter I continued to request help as often as needed.  I requested to have a meeting with the LC before I signed my discharge paperwork.  I again had oversupply and a fast letdown which caused my baby to have difficulty maintaining a good latch. She would make a clicking sound throughout feeds which I could tell was a loss of suction, then she would vomit large amounts after every feed. It was stressful but her weight gains remained good so I persisted. My GP advised me to give her mylanta, but as I didn’t believe the vomiting was caused by reflux, and she wasn’t unhappy, I decided not to try that. I employed the help of a private LC and had a phone consult with Pinky.  We also went to an osteopath who believed the loss of suction may have been caused by having a posterior labour then turning in the birth canal to be born face down.  Over time, things improved.  I also joined the Australian Breastfeeding Association and have made some wonderful and supportive friends to share my journey. My 2nd ‘baby’ turned 2 recently and we are still going strong. I plan to let her wean herself when she is ready. I’m so proud we were able to overcome our initial difficulties and have been able to have such a successful breastfeeding relationship!

When baby refuses the breast – weaning or a nursing strike?