From one to two – tandem feeding with just about everything in between! 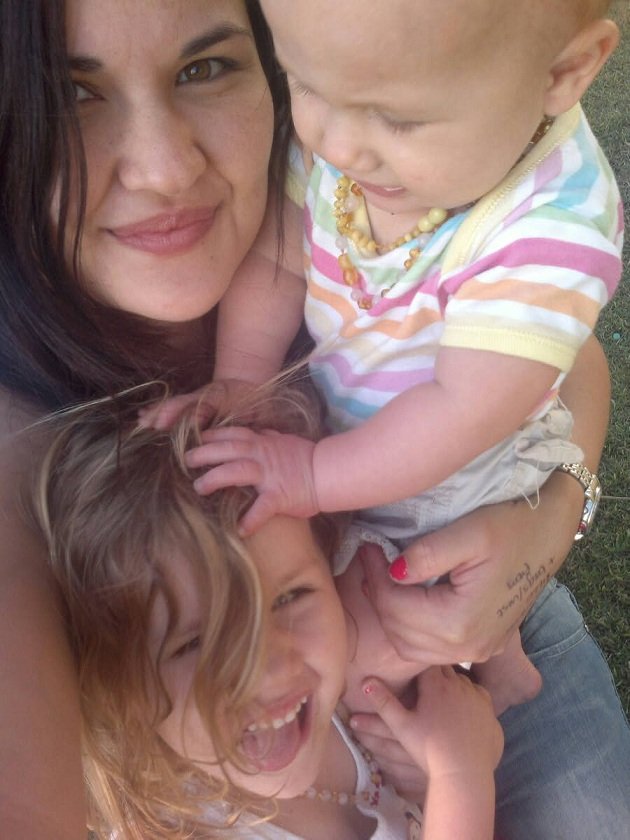 I remember late in my pregnancy seeing a picture of a mother tandem breastfeeding her toddler and newborn and thinking ‘why on earth would anyone ever do that!’  I didn’t think it was unnatural as I was familiar with extended breastfeeding, I just didn’t think I would be doing it. Because, despite the fact that I kept my commitment to breastfeeding open ended, I never imagined that I would have an older toddler that would still be interested in breastfeeding. Wasn’t I wrong!

Maybe it was the events surrounding my daughter’s birth made her attachment to the breast more acute. After an instrumental delivery at the end of a fantastic drug free labour, I sustained significant injuries that would require my transfer to surgery, separating us for several hours. Thankfully my doula ensured that we established breastfeeding before I was separated, of that I could be thankful. But a mistake in aftercare resulted in significant damage to my bladder, which wasn’t revealed until 6 weeks later when the agonising pain in my pelvic floor sent me to the hospital. I was diagnosed with a neurogenic bladder, requiring an in-dwelling catheter for two weeks. The pain was agonising and I was rendered physically useless. I couldn’t carry my 6 week old in my own arms, put her to sleep or enjoy her presence and I had to have friends come and help.

I was emotionally devastated. I just wanted to enjoy this baby, hold her, to be happy. My previous birth was of my precious stillborn daughter whom I couldn’t take home, I couldn’t hold. I just wanted a normal experience. But here I was bleeding through a catheter. The antibiotics I had been taking after birth and again at 6 weeks were affecting her digestion, so after great efforts to get her to sleep, she slept one sleep cycle at a time. To top it off, the pain medication specific to the type of pain I was in was not breastfeeding friendly at all. The hospital pharmacist told me just to pump milk – or to just use formula –  and requests to see the Lactation Consultant fell on deaf ears as I was outside the initial period offered for assistance.

Here I was, 6 weeks into what I hoped would be a long relationship having to decide between pain or breastfeeding. I decided to continue to establish breastfeeding.  We eventually got through it and I was grateful to be breastfeeding without further issues so the days and months passed by with no indication that she was interested in weaning.

I fell pregnant when she was 22 months old and even more attached to feeding. It solved all her problems, from physical pain to big emotions and it was how she fell asleep and went back to sleep overnight. And for now, I was comfortable with our situation.

However, I became very uncomfortable when the aversions manifested. They coincided with my milk supply drastically falling and the discomfort crippled me emotionally as much as physically during a feed. I was angry at her, I felt like I was being used as a comforter and I resented feeling sick and still having to feed and it hurt! If I told her it hurt, it didn’t seem to matter as she just wanted a feed. Then I would feel positive as she would play with my face, or rest her hand on my chest. So, I pressed on because it meant so much to her and I needed her to help with my oversupply and over active let down after birth. As my pregnancy drew to a close, she had already overnight weaned and my supply returned but the aversions remained. I took practical steps to manage them like breathing through the emotions until they subsided. We were on track to tandem feeding!

My final birth was my perfect and healing water birth, catching my daughter in my hands and going home that evening without any injuries. Then, the juggle began. Physically feeding a newborn baby again highlighted how huge my 2 ½ year olds head was! I felt like I was feeding a pre-schooler! And a little of the hormones that generate the aversions were still there, so I still had a measure of those sensations when they did feed together.

It wasn’t the feedings on the couch that were difficult. They were the easiest and the most touching. My toddler would gently touch her baby sister’s face and hands and my newborn would seek out her sister’s body and voice. Those precious moments of togetherness, of love without jealousy, they made it all worthwhile. That and the fact I wasn’t shooting out milk from here to the wall, all totally worth it.

But the hard times, they were hard. I remember many lunch times, tugging a scarf with my foot that was attached to a swing, at the end of the bed with the baby in it, while lying down and feeding the toddler to sleep in the bed. The juggle of settling both girls sometimes at the same time began to stress me out. It was after a couple of weeks of attempting variations of this scene I decided to drop my toddlers day sleep, a transition in itself. Other times, my toddler wanted milk before my baby had been fed or when I just wasn’t feeling up to it and a lot of tears would follow. Night times were especially hard as I would finish feeding the baby, then I walked down the hall and fed my toddler to sleep, she didn’t want to sleep with Daddy. I didn’t make it out of the room some nights until closer to 9pm. It left no time for all the other things like catching up on work, tidying the house and spending time with my husband. That led to feelings of resentment and frustration. I felt like all I ever did was feed and settle children to bed and woke up to babies wanting more milk. Those first couple of months were the hardest but now nearly 1 year on, I can barely recall them.

Now at nearly 3 ½, my toddler showed clear signs of no longer needing to feed to sleep at night and began to sleep with her Daddy of her own accord. She still feeds occasionally during the day and especially asks for a feed if emotionally or physically hurt but now that I can reason with her, I can guide her towards cuddles or talking about her hurt as a remedy. Her personality meant it had to be in her time, and I am glad I didn’t push the issue with her before she was ready. Now, when I finish putting the little one to bed, I can sit on the couch where my hubby is waiting and we can spend quality time with each other and I feel more settled.

Tandem feeding meant I was able to meet the emotional and physical needs of both my children at the same time and I didn’t feel like I was neglecting one as you so often do when juggling two little ones.  I am so happy these sisters began their friendship huddled together sharing nourishing milk.

Heatherbell is a Boobie Bikkies  fan . She says, “As a busy WAHM of a toddler and infant whom I tandem feed, free time and a good supply can be a real juggle to maintain. It’s a real challenge to eat food that will nourish my supply and my body. So I was really happy to see that with just one bikkie I had a marked increase in supply, so much so that even my toddler commented on the amount! And they are just so yummy to boot! I highly recommend them as a healthy supply boosting snack”

How Gina boosted her mama milk for twins