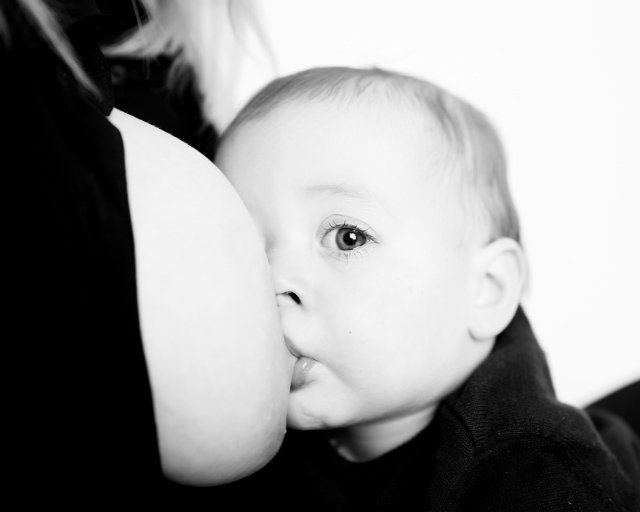 My pregnancy was anything but boring, only to be outshone by a dramatic labour and birth where my gorgeous baby girl had to be resuscitated and rushed off to the special care nursery. It never occurred to be that my baby could and would be whisked away after birth, I had always pictured that moment my baby was placed on my chest, tears of joy flowing and attempting our very first breastfeed. This was my first lesson in motherhood, nothing is like the movies!

I desperately wanted to hold and feed Elodie, but because of the tubes and masks on her I couldn’t hold her. Those first few days were so stressful, we learnt Elodie had a rare genetic disorder, she was still in the nursery and not in our room with us and I was worried my milk would never come in.  It was suggested we give Elodie some formula. I didn’t want to but knew if I couldn’t give her what she needed, she had to get it from somewhere else. I spent hours over the next day hand expressing and syringing off as much as I possibly could. Anyone who has ever used the term ‘there is no use crying over spilt milk’ has never spent 45 minutes hand expressing half a ml of colostrum only to pull the syringe too far and for it to fall to the floor. After 48 hours I was able to attempt my first breastfeed, unfortunately it wasn’t an easy task for either of us. I was convinced because of her entry into the world, she didn’t know me and didn’t want to latch on and feed from a stranger.  The reality was she was learning and I was learning too. Neither of us had done this before.

Those first few weeks of breastfeeding were tough. There is no other way for me to describe it. It hurt, it was exhausting, I constantly questioned if Elodie was getting enough milk (boobs need gauges!).  I had constantly been told and read that if you were ‘doing it right, it doesn’t hurt’, yet every time she latched on I almost went through the roof, it hurt!  It was suggested I pump to give her top ups but I couldn’t pump a drop- another thing that convinced me I must not be producing enough milk.

Elodie became extremely unsettled and I was told that I must have low supply, she is waking and crying constantly because she is starving and to top her up with formula. I refused to give in, I knew my body could do this and I was determined to make it work. I ordered my first few boxes of boobie bikkies, kept well hydrated and was eating oats constantly.

Elodie was diagnosed with severe reflux, better explaining her behaviour and constant need to feed (to soothe the burning, not because she was hungry from low supply). She was given medication and the reflux seemed to be getting better. I was getting more confident I was giving her what she needed and breastfeeding was no longer painful. Just as I thought we were getting into the swing of things, Elodie started refusing to feed. If I put her anywhere near my breast she would arch her back and scream the house down. I managed to feed her twice in 20 hours on a particularly difficult day but she soon became hard to wake when she wouldn’t normally wake with the drop of the feather. She ended up in the children’s hospital, she had lost weight and we were told this is still her reflux and she would also need a thickener before every feed.

I now have to pump enough for her to have thickener before each feed and for a full bottle feed before bed so she can have a bit more thickener in hopes of her getting a good rest. Full time breast feeding as well as pumping 3-5 times a day is exhausting, but it is worth it. My gorgeous girl is so resilient, through the difficulty and pain of severe reflux she is now 4 months old and thriving. I know that I am giving her the best start to life I possibly can.

I think the most important things I have learnt have been trust yourself, have confidence in your mummy instincts, find a good support network (for me it was an online mothers group) and listen to what people have to say but don’t take everything as gospel, everyone’s journey is different.  Happy boobing!

I just wanted to give you an update on my little girl and say thank you. Tomorrow my little heart turns 1. We have had several hurdles to get through including scn, flat nipples, reflux and multiple food allergies but are still going strong.  I discovered quite early she was sensitive to what I was eating and knew the symptoms of reflux were similar to a milk protein allergy so went off milk, she started reacting to some foods once she started solids. After lots of arguing from gps she was allergy tested after she remained unsettled at 9 months and that’s when the other allergies were diagnosed

Your website, books and Facebook pages helped give me the confidence to know I did have enough milk, I could feed my baby despite multiple hurdles and that it was the best option for us as a family despite it being difficult for me giving up wheat, milk, eggs, beef, soy & dairy to keep feeding. To celebrate making it to 12 months (with no sight of weaning, she will when she’s ready) we had a breastfeeding photo shoot. Here she is feeding, and happy, healthy and full with a drip of breastmilk still on her lip.

Why breastfeeding mummies need to ‘get em out’ in public