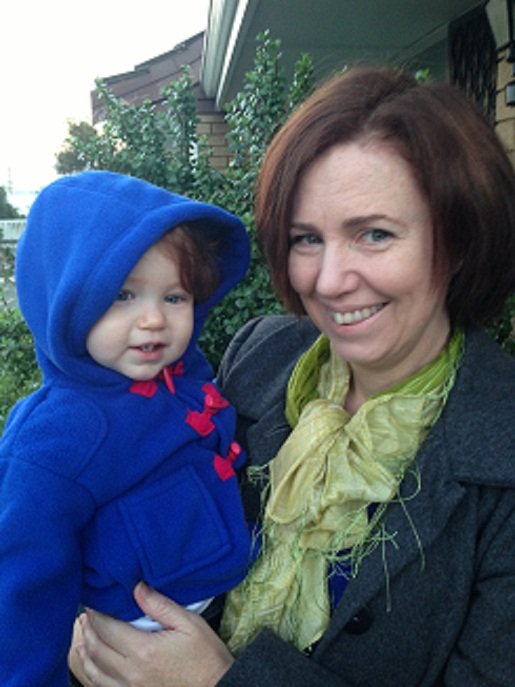 When my daughter was born I was elated. We had been through hell and back to have her, with multiple cycles of IVF and a miscarriage along the way. Finally I was holding my own baby for the first time! I held her to my breast expecting her to nuzzle in and start feeding but…nothing. I must have looked disappointed as one of the midwives said ‘Don’t worry, they don’t always feed straight away’. I was in the hospital for three days and every feed I had to call a nurse to help me. I could just never seem to get my baby into the right position. I would get her on and she would start to suck but within seconds would pop off, someone had to physically hold the back of her head so I could feed her. ‘Don’t worry’ everyone said, ‘you’ll get it’. By the time I left hospital my nipples were blistered and bleeding, every feed was agony and I was completely frustrated as to why I couldn’t get it right. My poor baby was screaming with hunger in between feeds and I was at my wits’ end.

Once we were home things went from bad to worse, I could not get it right at all without the nurses’ help. I was exhausted, in pain and terrified my baby would starve. Luckily the midwife who visited me at home referred me to the lactation consultant at the hospital. We went in when our baby was 6 days old. I sat down in the office and burst into tears! The consultant was wonderful and it was such a relief when she told me that it wasn’t my fault, my baby physically couldn’t feed because she had tongue tie. She gave us a list of local Doctors who performed corrections, we chose the one who could get us in the next day and went away full of hope.

I guess we chose wrong. The Doctor made me feel awful, she said that it should be completely possible to breastfeed our daughter regardless. She said she would do the correction if we wanted but it was totally unnecessary. We decided to go ahead and it was done in an instant with barely any tears (from us or the baby!). Once we got home I tried to feed but again it was hopeless. To say I was devastated is an understatement. Not only could I not do the most natural of acts but I unnecessarily put my baby through a painful procedure!

Meanwhile I hired a breast pump from the local pharmacy and was feeding baby through a tube, we couldn’t even get a bottle teat in her mouth. It would take 45 minutes to drip 30ml into her mouth, then I would change her and put her back to bed, I would then hook myself up to the pump for another 20 minutes or so to get milk for the next feed, then an hour later the baby would wake up again for her next feed. I was trying to fit in showering, eating, entertaining visitors and trying to get some sleep in these short blocks, I was completely exhausted and ready to give up. One time I was unable to express anything and the baby was ready for a feed. What could we do? My hubby dashed to the chemist and bought some formula. We mixed it up, praying everything was sterile enough. We got a little of it into the baby but she promptly projectile vomited it everywhere and started screaming again to boot! I had no choice but to keep trying, I drank loads of water and tried to rest as much as I could and eventually my supply got better.

We went back to the lactation consultant who referred us to a specialist lactation clinic where I saw another wonderful woman. She got me to tube feed my baby so she could see what was going on. It turned out the tongue tie was still there, whether the Doctor didn’t clip far enough or it was a more complicated tie we don’t know, but our baby was not able to suck at all. She was relying on gravity to drip the expressed milk down her throat. The consultant referred us to a Doctor she personally recommended and I rang straight away for an appointment.

At last the day came to see the second Doctor, I was so nervous of being judged again but he was absolutely lovely. Again it took only a second and the practice nurse put my baby straight to my breast afterwards. Finally she was feeding! I couldn’t believe it was happening.

After that we never looked back, we returned the industrial pump to the pharmacy and I only breastfed from then on. The first couple of weeks were tricky as I guess they always are, it was awkward at first and my nipples got a bit sore, although nothing like before! But after almost a month I was finally able to feed my child – what a sense of accomplishment!

My gorgeous daughter is now 16 months old and still loves to be breastfed, even though it’s only at night now. I am so grateful for the professionals who helped us along the way and I am proud of myself for sticking with it even though it was extremely difficult at times.

Jo Evans is a mother from Western Australia.

The Hidden Cause of Feeding Problems   By Milk Matters (a group of UK  IBCLC Lactation Consultants – milkmatters.org.uk)

How do I stop breastfeeding my baby to sleep?